First presented at the UC Davis Undergraduate Research Conference, Fritz is a visual exploration of the findings of Fritz Heider and Marianne Simmel’s experimental study of apparent behavior.

The original study asks participants to view three geometric shapes that have been animated to move around on a screen. Viewers would start to ascribe intentions and emotions to these shapes when asked what they were watching. (e.g. Some thought the squares were mean or cowardly.) The key to this perception of behavior was motion; a still screenshot of the video did not produce the same attribution of behavior.

I sought to reproduce this study by working with three contemporary dancers and assigning each of them one of the geometric shapes in the original study. A large sheet of muslin was draped over all of the dancers to obscure the human figure. Over and over, the dancers performed and re-enacted the movement of the shapes in Heider and Simmel’s original study while I photographed and recorded the performance. 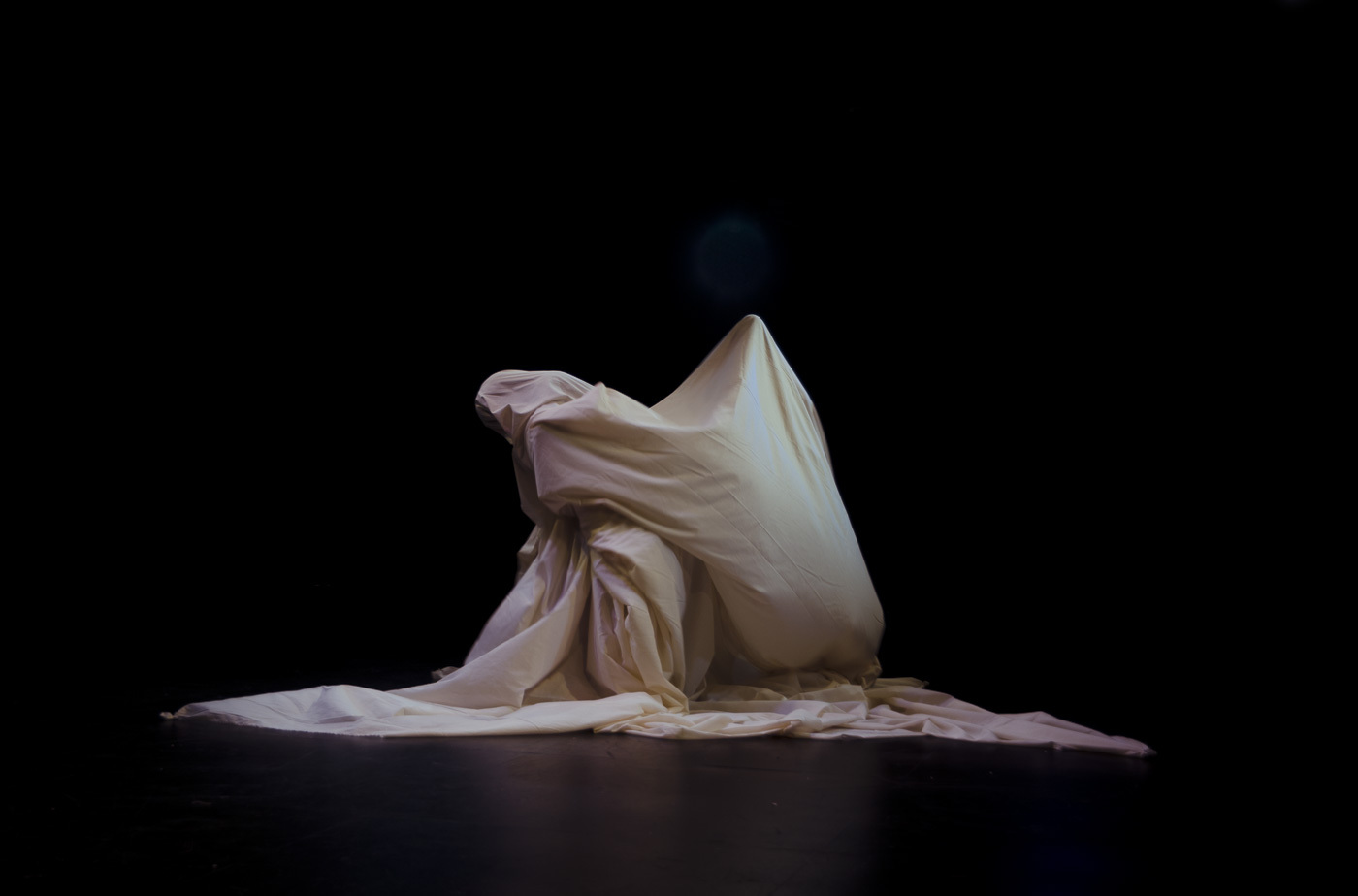 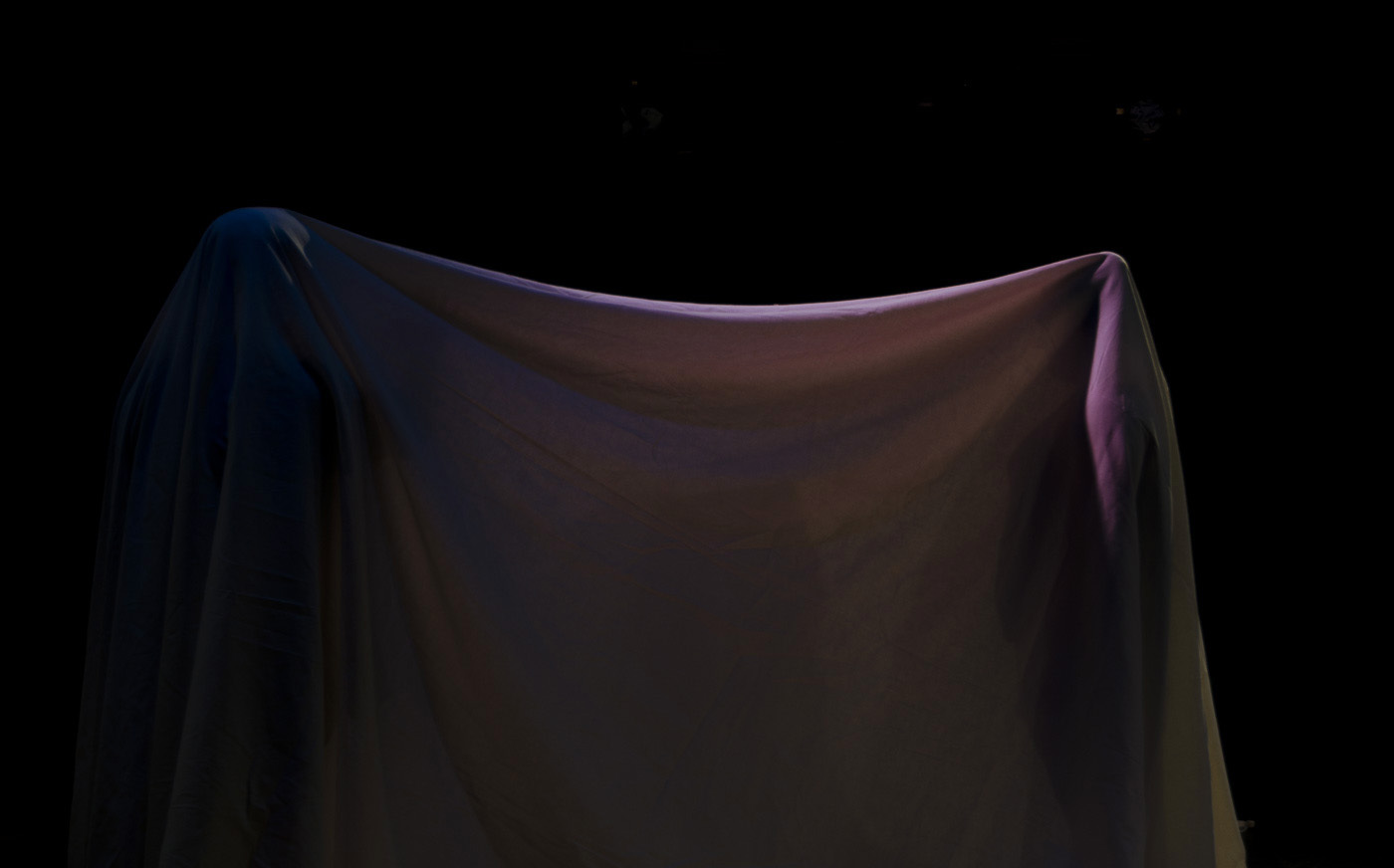 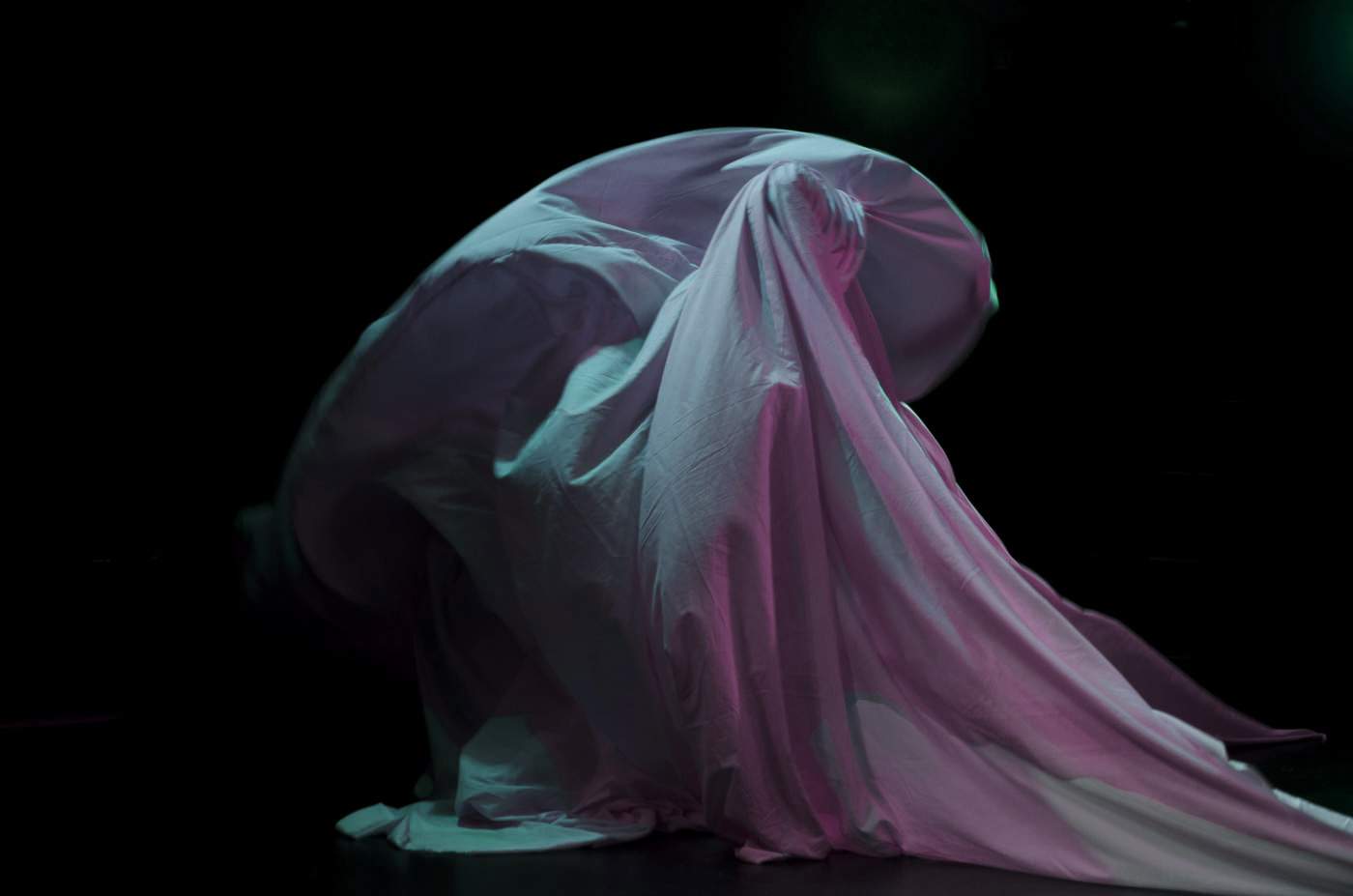 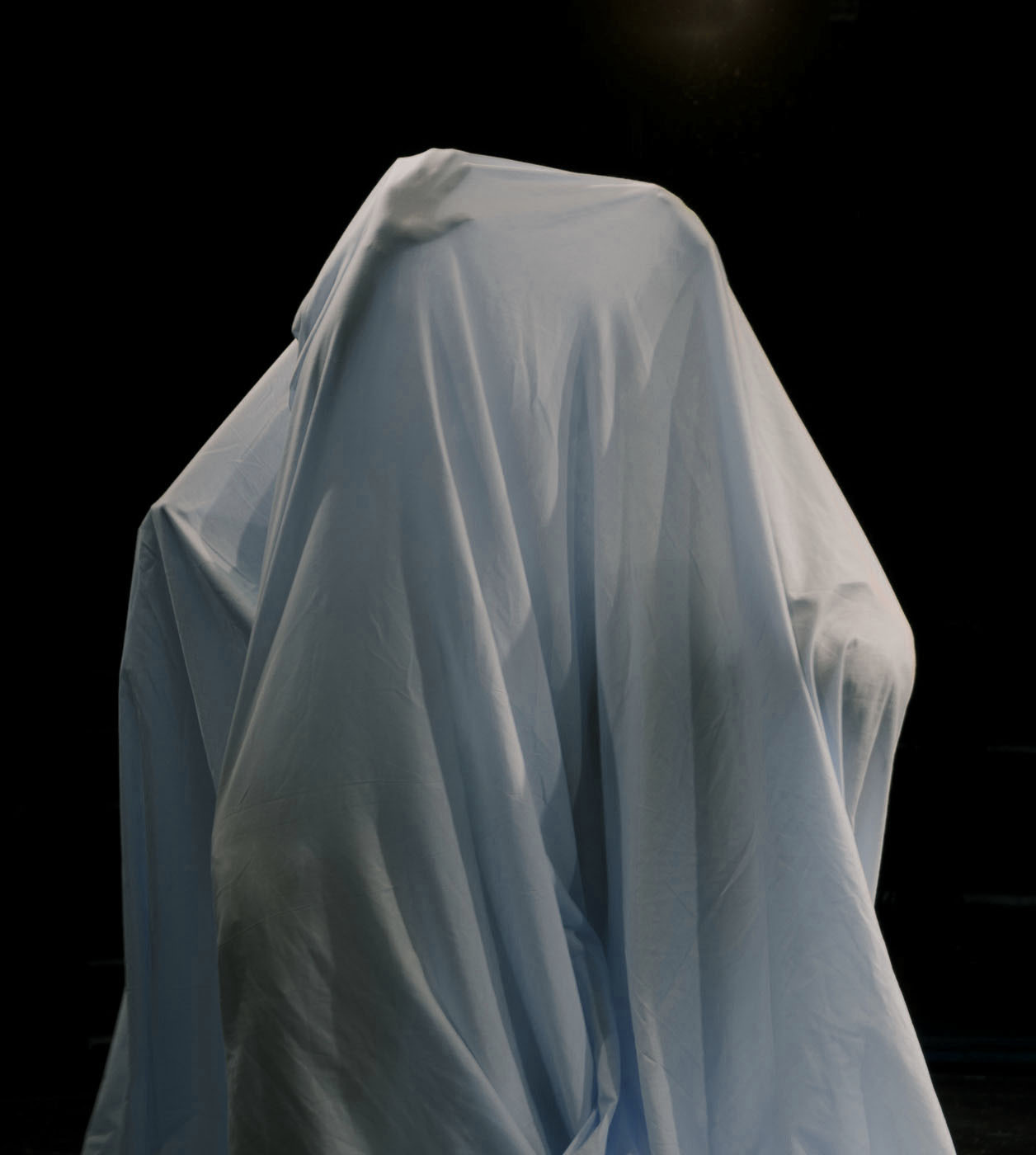 A recording of the performance was screened for a select number of individuals and each were asked to describe what they thought to be happening. Similar to Heider and Simmel’s study, emotions and intentions were often ascribed.

For public viewing, large inkjet prints of various stages of the performance were paired with a set of headphones that played the recorded responses on loop. By robbing viewers of the essential component of movement, this piece questions whether it would be possible for a human mind to reverse-engineer the experience they were hearing and project this perception on to the still photographs and begin to see emotion, intention, and behavior in a static image. 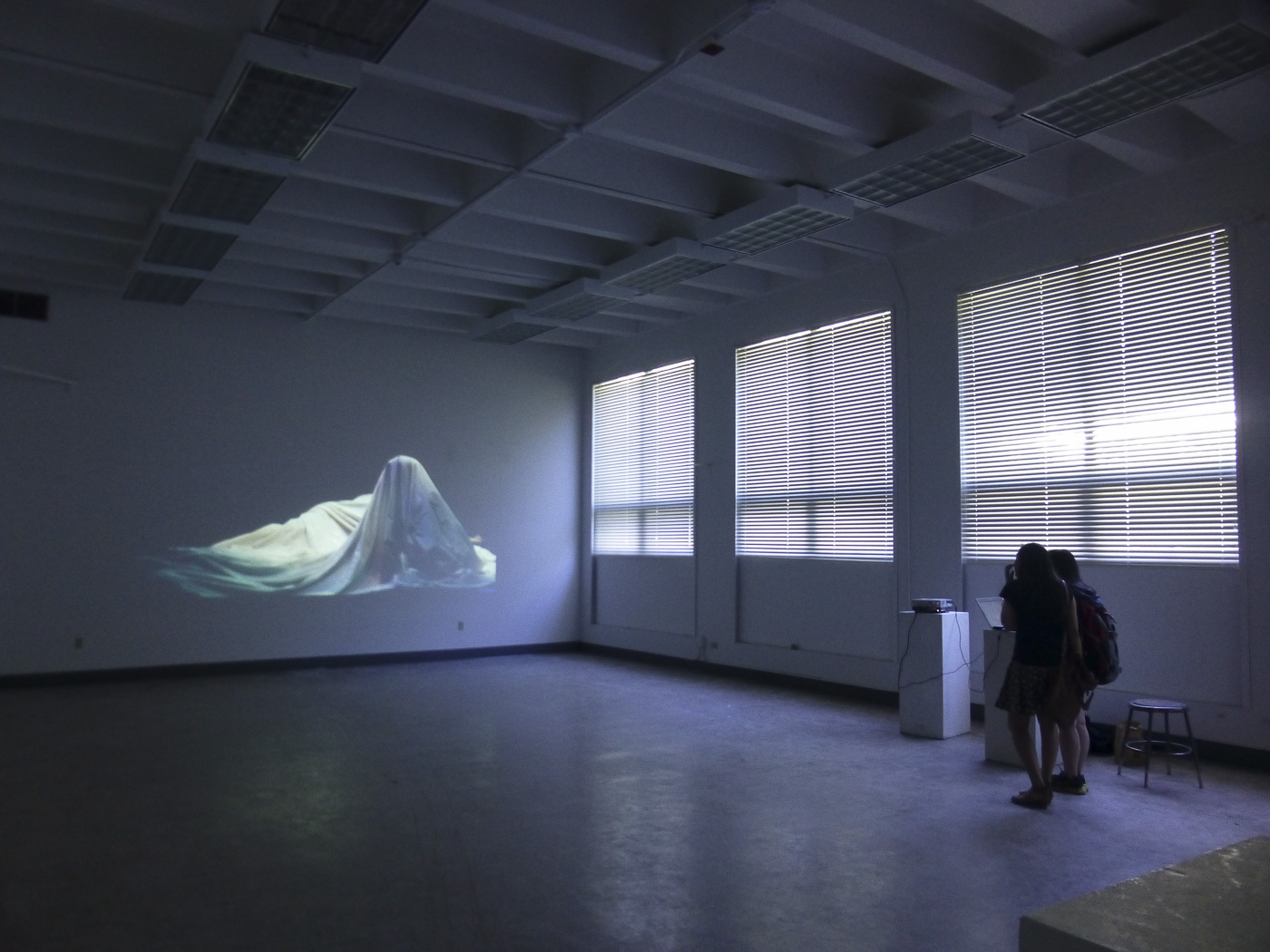